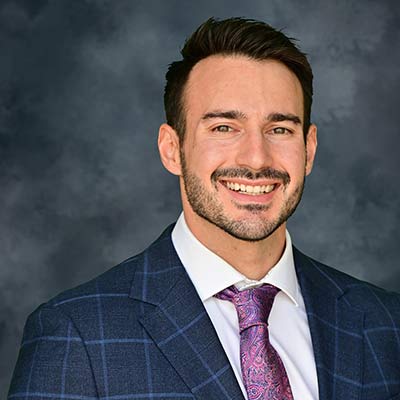 Mr. Freedman completed his undergraduate degree in 2014, from Colorado State University, receiving degrees in Public Relations, Advertising and Business Administration. Upon graduation, Mr. Freedman worked in the advertising industry for five years. During this time, he took on the role of Account Manager, in charge of the agency’s bigger client accounts, serving as the direct liaison between the client and the agency, and overseeing the project management of all projects from start to finish.

Mr. Freedman always knew he had a passion for people, specifically working with individuals to achieve their goals. His career in advertising cemented Mr. Freedman’s realization on where his passions lied; working with businesses and individuals to help them achieve their goals. With this, Mr. Freedman choose to go to law school. He knew the practice of law would afford him the opportunity to make a meaningful difference in his clients’ lives.

Mr. Freedman attended Drake University Law School in Des Moines, Iowa from 2018-21. While at Drake, Mr. Freedman worked as a student attorney at Drake’s civil practice legal clinic, representing clients who could not otherwise afford legal representation. Mr. Freedman was given a full caseload and handled all aspects of his clients’ cases. Mr. Freedman also served as an extern at the Maricopa County Attorney’s Office, gaining valuable courtroom experience.

Mr. Freedman returned to Phoenix after graduation, and joined Beethe Law in August of 2021. In his short time at Beethe Law, Mr. Freedman has already participated in numerous hearings and mediations, and has successfully drafted and argued motions with the court.