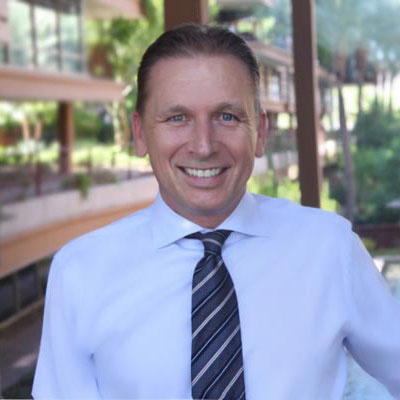 Mr. Beethe has received an AV-rating by the Martindale-Hubbell Law Directory predicated on his legal expertise and  professionalism.  For 10 straight year, he has been recognized as a Southwest Super Lawyer by Law and Politics, and AZRE has named Mr. Beethe among the “People to Know in Commercial Real Estate.”  Mr. Beethe is also named a “Top Attorney” by Arizona Business Magazine and Ranking Arizona in the areas of Real Estate, Real Estate Transactions, and Commercial Litigation.  In addition, Mr. Beethe is ranked “Superb” by Avvo, which rates and profiles over 90% of licensed attorneys in the U.S. based on research, client reviews, lawyer disciplinary histories and peer endorsements.

Mr. Beethe is one of the nation’s leading equine law practitioners.  He is actively involved as a principal in Beethe Arabians, his family’s flourishing and respected Arabian horse operation.  An experienced horseman, Mr. Beethe has earned National Championships in ten different disciplines, in the Arabian and National Show Horse arenas, and has been named Amateur Exhibitor of the Year by the Arabian Professional and Amateur Horseman’s Association.  Mr. Beethe is a National/Regional certified judge for both Arabians and National Show Horses, and has judged multiple regional and nationals shows.  He is widely published in monthly Equine Law columns in nationwide magazines such as The Arabian Horse Times and Saddle & Bridle.  He is also a featured speaker at many Equine Law seminars, including the National Equine Law Conference, sponsored by the University of Kentucky School of Law.

Mr. Beethe received a Master’s in Business Administration and Juris Doctor from the University of Missouri – Kansas City.  During law school, Mr. Beethe was the Editor-in-Chief of The Urban Lawyer, the American Bar Association’s official publication on real estate and government law, and the third most highly circulated law journal in the nation.  Mr. Beethe was also a member of the U.M.K.C. Law Review, where he published his Comment, Railroads Suing Injured Employees: Should the Federal Employers’ Liability Act Allow Railroads to Recover From Injured Railroad Workers For Property Damages?  Following law school, Mr. Beethe excelled on the Arizona State Bar Exam, achieving the third-highest score.  He is currently a member of the State Bar of Arizona, and is also admitted to practice in the Arizona Supreme Court, Missouri Supreme Court, Kansas Supreme Court and the United States District Court, District of Arizona.